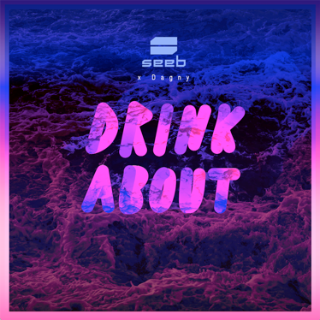 (April 6, 2018 – New York, NY) It´s one of the coldest places on earth, but two of Norway’s hottest stars have teamed up; Worldwide chart toppers Seeb are joining forces with emerging popstar Dagny on their brand-new single, ‘Drink About’, out now!  You can check it out here: seeb.lnk.to/DrinkAboutFtDagny.

‘Drink About’ is the first single to be lifted from Seeb’s forthcoming EP, ‘Nice To Meet You,’ set to be released on April 20th, and follows on from 2017’s ‘Cruel World’, which was a collaboration with Skip Marley.

On the single, Seeb says, “‘Drink About’ is the first single from our upcoming EP and it’s catchy but also a melancholic song. We thought Dagny’s vocal could fit the track, so we reached out and spent a day in the studio together. It was the perfect match – her attitude and energy truly lifts the song, in addition to her being incredible professional.”

Dagny explains, “I had the most amazing day recording this track with Seeb in their studio in Oslo. I loved the song when I heard it but as I’ve not really done many features before, I was really nervous about recording with them. We instantly connected, and it made me love the song even more, and by the end of the day we had a version that we all felt really excited about”

About Seeb:
As DJs and Producers, Seeb have been changing the shape of dance music since their now iconic remix of ‘I Took A Pill in Ibiza’ stormed the charts in 2016 which reached number 4 on Billboard 100 and received a Grammy Nomination. They have created a unique sound which in turn allowed them to reach 2 billion total streams since their debut just 2 years ago.

Originally made up of Simen Eriksrud and Espen Berg, they released their first remixes in 2015 and before long had a Hype Machine #1 track with their fresh take on Kiesza’s ‘Cut Me Loose’. This was the first time the world heard their trademark cutting edge vocal tweaks and treatments. The track was quickly followed by a remix of Shawn Mendes’ ‘Stitches’.

After this came a massive collection of originals, remakes and remixes, most notably the smash remix of Coldplay’s ‘Hymn For The Weekend’, their collaboration with OneRepublic with ‘Rich Love,’ and their debut original ‘Breathe’ (feat. Neev). Third member Niklas Strandbråten then came on board completing the production trio, and Seeb secured their position as one of the most exciting new production acts. They have supported Avicii on his farewell shows at Ushuaia, Ibiza and Kygo at Hollywood Bowl. Their song has also been used as the official theme song for X-Games 2017 with their R.City remake Under Your Skin. Additionally, they won Pop Group of the Year at the Norwegian Grammy’s in 2017.